Gujarat Ni Bhugol One Liner Gujarat is a state on the western coast of India with a coastline of about 1,600 km (990 mi) – longest in the country, most of which lies on the Kathiawar peninsula – and a population of 60.4 million. It is the fifth-largest Indian state by area and the ninth-largest state by population. Gujarat is bordered by Rajasthan to the northeast, Dadra and Nagar Haveli and Daman and Diu to the south, Maharashtra to the southeast, Madhya Pradesh to the east, and the Arabian Sea and the Pakistani province of Sindh to the west.

Its capital city is Gandhinagar, while its largest city is Ahmedabad. The Gujarati people of India are indigenous to the state and their language, Gujarati, is the state’s official language. The economy of Gujarat is the fifth-largest in India, with a gross state domestic product (GSDP) of ₹18.8 trillion (US$250 billion) and has the country’s 10th-highest GSDP per capita of ₹243,761 (US$3,200). Gujarat ranks 21st among Indian states in human development index.

The state traditionally has low unemployment and is widely considered one of the most industrially developed states of India and a manufacturing hub. The state encompasses 23 sites of the ancient Indus Valley Civilisation (more than any other state). The most important sites are Lothal (the world’s first dry dock), Dholavira (the fifth largest site), and Gola Dhoro (where 5 uncommon seals were found). Lothal is believed to have been one of the world’s first seaports. Gujarat’s coastal cities, chiefly Bharuch and Khambhat, served as ports and trading centres in the Maurya and Gupta empires, and during the succession of royal Saka dynasties in the Western Satraps era.

Along with Bihar, Mizoram and Nagaland, Gujarat is one of four Indian states to prohibit the sale of alcohol. The Gir Forest National Park in Gujarat is home to the only wild population of the Asiatic lion in the world. Gujarat is derived from the Pratihar dynasty of gurjars, who ruled Gujarat in the 8th and 9th centuries CE. Parts of modern Rajasthan and Gujarat have been known as Gurjaratra or Gurjarabhumi for centuries before the Mughal period. 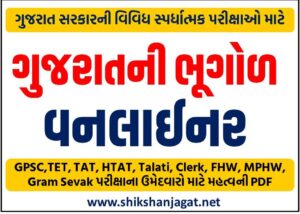 Gujarat is a land of great contrasts, stretching from the seasonal salt deserts of the Kachchh (Kutch) district in the northwest, across the generally arid and semiarid scrublands of the Kathiawar Peninsula, to the wet, fertile, coastal plains of the southeastern part of the state, north of Mumbai. The Rann of Kachchh—including both the Great Rann and its eastern appendage, the Little Rann—are best described as vast salt marshes, together covering about 9,000 square miles (23,300 square km).

The Rann constitutes the Kachchh district on the west, north, and east, while the Gulf of Kachchh forms the district’s southern boundary. During the rainy season—slight though the rains may be—the Rann floods, and the Kachchh district is converted into an island; in the dry season it is a sandy, salty plain plagued by dust storms.

Gujarat, province of India, arranged on the nation’s western coast, on the Arabian Sea. It envelops the whole Kathiawar Peninsula (Saurashtra) just as the encompassing area on the mainland. The state is bounded by Pakistan toward the northwest and by the Indian conditions of Rajasthan toward the north, Madhya Pradesh toward the east, and Maharashtra toward the southeast. Gujarat moreover shares a little segment of its southeastern periphery with the Indian affiliation space of Dadra and Nagar Haveli, and, together with the Arabian Sea, it envelops the district of Daman and Diu.