Gujarat Police 27847 Recruitment News : Gujarat police, recruitment 27847, CM bhupendra patel, harsh sanghavi, 100 days planning Minister of State for Home held a meeting with the presidents of all police recruitment boards, the law and order of the state will be strong, youth will get jobs

Minister of State for Home Harsh Sanghvi said that the government has decided to organize the recruitment process for 100 days only. This will help in further strengthening the existing law and order situation in the state. Youth will also get employment opportunities.
In order to speed up the process pending due to Corona epidemic, Minister of State for Home Harsh Sanghvi recently held a meeting with the presidents of all police recruitment boards of the state. He reviewed the recruitment process and instructed to complete it soon. 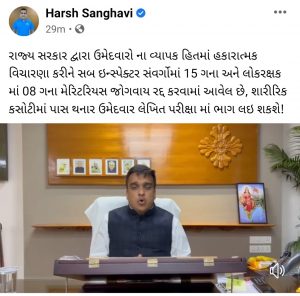 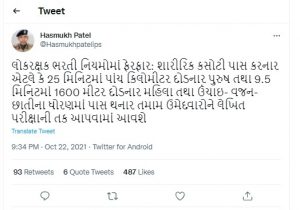 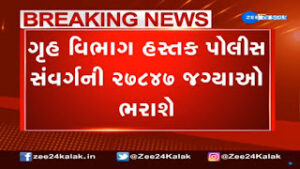 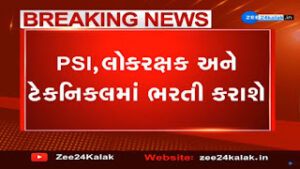 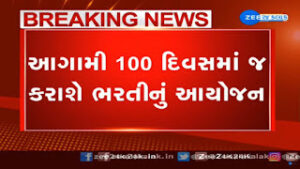 In the era of Corona epidemic, when many people have lost jobs and many businesses have closed, the announcement of the Gujarat government to give more than 27 thousand jobs is very important. Sanghvi said that the government is also committed to complete this recruitment process at the earliest. So that along with making the Gujarat Police Force stronger, better police service can also be provided to the people.

Minister of State for Home Affairs Harsh Sanghvi added that the state has non-armed police sub-inspectors, armed police sub-inspectors (platoon commanders), intelligence officers, unarmed assistant sub-inspectors, security guards and police technicians such as public transport and motor transport and wireless operators.  The state government has taken an important decision to organize recruitment for the estimated 9 posts of Gram Rakshak Dal (Honorary) in the next 100 days.

“To strengthen the law and order scenario, Chief Minister Bhpendra Patel has decided to start the recruitment process to fill up 27,847 posts in the Home Department. Recruitment will be conducted for armed and unarmed PSI, assistant sub inspectors, intelligence officers, constables, PSIs for wireless and motor transport divisions, home guards and Gram Rakshak Dal personnel,” said the release.