Mahtma Gandhi GK Question And Answer Mohandas Karamchand Gandhi, more commonly known as ‘Mahatma’ (meaning ‘Great Soul’) was born in Porbandar, Gujarat, in North West India, on 2nd October 1869, into a Hindu Modh family. His father was the Chief Minister of Porbandar, and his mother’s religious devotion meant that his upbringing was infused with the Jain pacifist teachings of mutual tolerance, non-injury to living beings and vegetarianism.

Mohandas Karamchand Gandhi also known as the ‘Father of the nation’, was a social reformer and a freedom warrior who worked hard to free Bharat from the hands of the British Raj. His belief was based on the principles of ‘Ahimsa’ (non-violence). October 2nd is celebrated to honor him in the name of Gandhi Jayanti, as the entire country is indebted to his efforts.

Rabindranath Tagore was the first person who used the word  ‘Mahatma’ for Gandhiji. Meaning of word ‘Mahatma’ in a Sanskrit ” Great soul’. His great thoughts and ideologies made people honour him for calling him ‘Mahatma Gandhi’. And just like the title bestowed upon him, his sacrifices for the country and his struggles to make his beliefs a reality is a matter of great pride for Indians all over the world.

He was raised in a Hindu family and ate simple vegetarian food. His father Karamchand Uttamchand Gandhi was the Dewan of Porbandar State. In South Africa, he was the first to start a nonviolent protest movement, it made him different from other protesters. Mahatma Gandhi also created the concept of Satyagraha which is a nonviolent way of protesting injustice. He spent 20 years of his life in South Africa fighting for discrimination.

His ideology of ‘Ahimsa’ meaning not to injure anyone was highly appreciated and was also followed by many great personalities around the globe. He became the person who could not be defeated under any circumstances. Mahatma Gandhi started the ‘Khadi Movement’ to push the use of fibers like khadi or jute. ‘Khadi Movement was part of the greatest movement, the “Non-co-operation Movement” which encouraged the use of Indian goods and stopped the use of foreign goods. 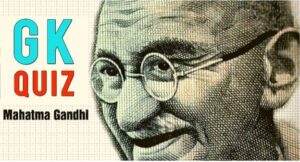 Mahatma Gandhi was a strong supporter of agriculture and motivated people to do agricultural works. He inspired Indian people for manual labor and said that they should arrange all the resources ownself for living a simple life and becoming self-dependent. He started weaving cotton clothes through the use of Charkha in order to avoid the use of foreign goods and promote the use of Swadeshi goods among Indians.

In those days of the struggle for Indian Independence, Gandhiji suffered and was imprisoned several times with his followers, but freedom of his motherland remained his main goal. Even after getting in prison, he never used the path of violence. Mahatma Gandhi’s contribution to various social issues could never be ignored. His drive against ‘untouchability’ during his imprisonment in the Yerwada Jail, where he went on fast against the age-old evil of ‘untouchability’ in society, had greatly helped the community’s upliftment in the modern era. He also advocated the importance of education, cleanliness, health and equality in society.

These qualities made him a man with a great soul and justified his journey from Gandhi to Mahatma. He guided many freedom struggles and found the “Quit India Movement.” The Quit India Movement was a great success. His death was the greatest storm to the forces of peace and democracy. His death left a great vacuum in the life of the nation.

Mahatma Gandhi was the man who majorly contributed to the independence of India from British rule. He spent his entire life serving his country and its people, and the international arena was the face of Indian leadership. He was a man of ethics, values, and discipline who motivates and encourages young people worldwide even today.

Gandhi Ji was also famous for his firm discipline. He always professed the importance of self-discipline in life. He believed that it helps achieve bigger goals, which he also implemented in the way he promoted his ideologies of Ahimsa. As he showed through his own life,  hard discipline can help in meeting any goal in life, as long as we strive to stick to it and dedicate ourselves to it. These qualities made him a great leader who is revered and respected even now, decades after his passing. And his fame and respect for his ideologies still resonate not only in India but across the world as well.