Sanskrit STD 6 to 8 Unit Test PDF : Sanskrit is a classical language of South Asia belonging to the Indo-Aryan branch of the Indo-European languages. It arose in South Asia after its predecessor languages had diffused there from the northwest in the late Bronze Age. Sanskrit is the sacred language of Hinduism, the language of classical Hindu philosophy, and of historical texts of Buddhism and Jainism.

It was a link language in ancient and medieval South Asia, and upon transmission of Hindu and Buddhist culture to Southeast Asia, East Asia and Central Asia in the early medieval era, it became a language of religion and high culture, and of the political elites in some of these regions. As a result, Sanskrit had a lasting impact on the languages of South Asia, Southeast Asia and East Asia, especially in their formal and learned vocabularies.

In Sanskrit, the verbal adjective sáṃskṛta- is a compound word consisting of sáṃ  and kṛta. It connotes a work that has been “well prepared, pure and perfect, polished, sacred”. According to Biderman, the perfection contextually being referred to in the etymological origins of the word is its tonal—rather than semantic—qualities. Sound and oral transmission were highly valued qualities in ancient India, and its sages refined the alphabet, the structure of words and its exacting grammar into a “collection of sounds, a kind of sublime musical mold”, states Biderman, as an integral language they called Sanskrit.

From the late Vedic period onwards, state Annette Wilke and Oliver Moebus, resonating sound and its musical foundations attracted an “exceptionally large amount of linguistic, philosophical and religious literature” in India. Sound was visualized as “pervading all creation”, another representation of the world itself; the “mysterious magnum” of Hindu thought. The search for perfection in thought and the goal of liberation were among the dimensions of sacred sound, and the common thread that weaved all ideas and inspirations became the quest for what the ancient Indians believed to be a perfect language, the “phonocentric episteme” of Sanskrit. 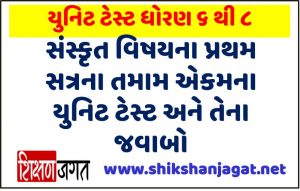 Sanskrit as a language competed with numerous, less exact vernacular Indian languages called Prakritic languages (prākṛta-). The term prakrta literally means “original, natural, normal, artless”, states Franklin Southworth. The relationship between Prakrit and Sanskrit is found in Indian texts dated to the 1st millennium CE. Patañjali acknowledged that Prakrit is the first language, one instinctively adopted by every child with all its imperfections and later leads to the problems of interpretation and misunderstanding.

The pre-history of Indo-Aryan languages which preceded Vedic Sanskrit is unclear and various hypotheses place it over a fairly wide limit. According to Thomas Burrow, based on the relationship between various Indo-European languages, the origin of all these languages may possibly be in what is now Central or Eastern Europe, while the Indo-Iranian group possibly arose in Central Russia.

The Iranian and Indo-Aryan branches separated quite early. It is the Indo-Aryan branch that moved into eastern Iran and then south into South Asia in the first half of the 2nd millennium BCE. Once in ancient India, the Indo-Aryan language underwent rapid linguistic change and morphed into the Vedic Sanskrit language.