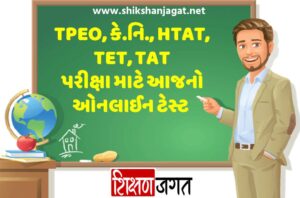 B.Pre PTC (D.E.C. ED): There are 08 grant-in-aid and 03 self-dependent pre-primary teaching temples in the state in order to get adequate training for pre-primary schools. This course for pre-PTC colleges has been done for two years from 2017-18. Apart from this, admission qualification has been passed in standard 12. In the year 2017-18, 154 trainees are getting this training.

As per section-21 of the Right of Children to Free and Compulsory Education Act-2009
of the Government of India coming to force on 1/4/2010; it has been intended to form School Management (SMC) consisting of elected representatives of local authority, parents or guardian of the school children and teachers in the school except non-granted schools which do not get any type of assistance or grant from State Government or local authority to meet with its expenditure at the basic level.

At the moment, for effective implementation of Sarva Shiksha Abhiyan Mission and for extending scheme benefits upto village level, village / word construction committees are prevalent vide resolution mentioned in read (1) to (4); to take up construction, maintenance and repair works the medium of rural education committees and local public participation. It has to be desolved and the School Management Committee at school level
has to be created as per the structure mentioned below referring to rule-13 of draft Model Rules prepared by Government of India under article-21 of RTE Act, 2009 and RTE Act.

As per the provision of the Act, in the minimum 75 percent members of the proposed School Management Committee, parents or guardian of students (Including deprived group and parents or guardian of weaker sections should be equally represented) and 50 percent women members; it was under consideration by the Government to form School Management Committee. After careful consideration in this regards, it has been resolved to form following composition of committee.