Bachav Prayukti Test 2 When there is an obstacle in one’s way to achieve one’s goal, one cannot reach the goal because of that obstacle. Hence naturally a feeling of despair arises in his mind. Failure makes him feel low against himself. He feels ‘I couldn’t do this.’ Not only that, he feels ‘looked down’ in front of people outside.

He thinks how can I show my mouth to people now?’ To save oneself from this double sad situation, a person takes the shelter of some mechanisms. Such techniques used by a person are called defense mechanisms. By trying these techniques, a person protects his ego, hence they are also known as ‘protection techniques’.

Thus, defense techniques are beneficial to a person in many ways and there is nothing wrong if a person uses them occasionally and even sparingly. Not objectionable but if a person uses these techniques frequently i.e. makes a habit of using them then it causes a lot of harm to the person. She always learns to cover up her failures by making excuses and therefore never makes progress. Thus, an excess of protectionism acts as a hindrance to progress and development.

Personification occurs when a person assigns reasons to others instead of the reasons that actually lie behind their behavior. It is called E.g. If he gets low marks in the exam, the student does not blame his incompetence but tries to escape by saying that his health was not good. Even in the story ‘Draksha Khati Hai’, the fox says, ‘Grapes are sour, I don’t need them’ when the fox could not reach the grapes despite many jumps. Thus to say that one did not want what one did not get is personalization. 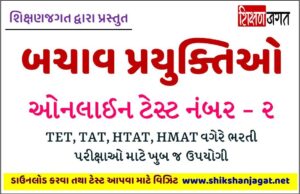 Another type of personalization is called the sweet lemon (Polyanna Mechanism). Lemons are sour, but when a person says that the lemon he got is sweet, then it is understood that he is convincing himself that what he got is good.

When a person puts the blame on others i.e. blames others for his failure, he is said to engage in projection technique. Seeing one’s own weaknesses in others. E.g. An intoxicated person says that ‘others are also intoxicated.’ Projection also occurs when a dishonest person says that ‘others are also dishonest’. A person who can’t play well in the game of cricket sees a flaw in the ‘bat’. A child who steals says ‘So-and-so asked me to steal it.’ etc. are also examples of projection technique.

Taadatmya means trying to make oneself great by associating oneself in some way with a great or brilliant person, thought or group. A person has his own limitations and when he himself has failed, he longs for glory by associating his name with a significant person or thought that has succeeded. Tries to associate himself with the hero (protagonist) of a novel, play or play. A person who can’t succeed in sports walks near a famous player, takes the autograph of a movie hero, or a person who can’t do well in studies introduces himself as a student of a famous professor.