Gujarat No Dariya Kinaro Gujarat  is a state on the western coast of India with a coastline of about 1,600 km (990 mi) – longest in the country, most of which lies on the Kathiawar peninsula – and a population of 60.4 million. It is the fifth-largest Indian state by area and the ninth-largest state by population. Gujarat is bordered by Rajasthan to the northeast, Dadra and Nagar Haveli and Daman and Diu to the south, Maharashtra to the southeast, Madhya Pradesh to the east, and the Arabian Sea and the Pakistani province of Sindh to the west.

Its capital city is Gandhinagar, while its largest city is Ahmedabad. The Gujarati people of India are indigenous to the state and their language, Gujarati, is the state’s official language. The economy of Gujarat is the fifth-largest in India, with a gross state domestic product (GSDP) of ₹18.8 trillion (US$250 billion) and has the country’s 10th-highest GSDP per capita of ₹243,761 (US$3,200). Gujarat ranks 21st among Indian states in human development index.

The state traditionally has low unemployment and is widely considered one of the most industrially developed states of India and a manufacturing hub. The state encompasses 23 sites of the ancient Indus Valley Civilisation (more than any other state). The most important sites are Lothal (the world’s first dry dock), Dholavira (the fifth largest site), and Gola Dhoro (where 5 uncommon seals were found). Lothal is believed to have been one of the world’s first seaports. Gujarat’s coastal cities, chiefly Bharuch and Khambhat, served as ports and trading centres in the Maurya and Gupta empires, and during the succession of royal Saka dynasties in the Western Satraps era.

Along with Bihar, Mizoram and Nagaland, Gujarat is one of four Indian states to prohibit the sale of alcohol. The Gir Forest National Park in Gujarat is home to the only wild population of the Asiatic lion in the world. Gujarat was one of the main central areas of the Indus Valley Civilisation. It contains ancient metropolitan cities from the Indus Valley such as Lothal, Dholavira and Gola Dhoro. The ancient city of Lothal was where India’s first port was established. The ancient city of Dholavira is one of the largest and most prominent archaeological sites in India, belonging to the Indus Valley Civilisation. 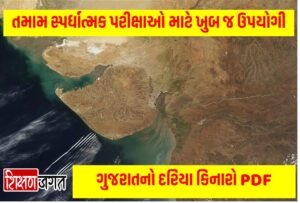 The most recent discovery was Gola Dhoro. Altogether, about fifty Indus Valley settlement ruins have been discovered in Gujarat. The ancient history of Gujarat was enriched by the commercial activities of its inhabitants. There is clear historical evidence of trade and commerce ties with Egypt, Bahrain and Sumer in the Persian Gulf during the time period of 1000 to 750 BCE.

There was a succession of Hindu and Buddhist states such as the Mauryan Dynasty, Western Satraps, Satavahana dynasty, Gupta Empire, Chalukya dynasty, Rashtrakuta Empire, Pala Empire and Gurjara-Pratihara Empire, as well as local dynasties such as the Maitrakas and then the Chaulukyas. The early history of Gujarat includes the imperial grandeur of Chandragupta Maurya who conquered a number of earlier states in what is now Gujarat.

Gujarat No Dariya Kinaro By Liberty

Pushyagupta, a Vaishya, was appointed the governor of Saurashtra by the Mauryan regime. He ruled Girinagar (modern-day Junagadh) (322 BCE to 294 BCE) and built a dam on the Sudarshan lake. Emperor Ashoka, the grandson of Chandragupta Maurya, not only ordered his edicts engraved in the rock at Junagadh, but also asked Governor Tusherpha to cut canals from the lake where an earlier Mauryan governor had built a dam. Between the decline of Mauryan power and Saurashtra coming under the sway of the Samprati Mauryas of Ujjain, there was an Indo-Greek defeat in Gujarat of Demetrius.

In 16th century manuscripts, there is an apocryphal story of a merchant of King Gondophares landing in Gujarat with Apostle Thomas. The incident of the cup-bearer torn apart by a lion might indicate that the port city described is in Gujarat. For nearly 300 years from the start of the 1st century CE, Saka rulers played a prominent part in Gujarat’s history.