Who isn’t familiar with this phrase? It is quite a common term used during the most awaited festive season of the year, Navratri. Navratri is by far one of the most celebrated festivals in India, not only for Gujaratis but for people belonging to various cultures and religions. Gujarati Garba has been celebrated and followed since many decades now and its growing popularity is astounding.

So if you are planning to have a Garba night with your family and friends this Navratri, tune in to these Gujarati Garba songs and get grooving! We have got you some of the best Garba and dandiya songs, to craft your Navaratri playlist. Here begins the list of non-stop Garba Dandiya songs. 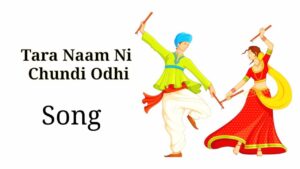 Before going to the best ten Gujarati Garbas, it is vital to know something about it without fail. Do you have any idea about Gujarati Garbas? If not, just read the article further. Garbas is nothing but a kind of dance initiated from Gujarati people. The literal meaning of the term “Garba” means womb. Generally, the Garbas will be performed during the event of navaratri.

Navaratri is nothing but a festival, which will be celebrated for nine days. This navaratri festival is very famous for devoting goddesses Durga and Shakthi. This festival is very familiar in north India while comparing to south India. For performing this Garbas dance, traditional and conventional costumes are needed.

Both women and men of Gujarati community would wear colorful and eye catching costume for this dance. Generally, the outfit of men would be pajamas, short kurta and a pagris on top of their head. And the costume of women would be choli. Choli contains totally three pieces, which include shawl, bottom and short top. Being it a traditional costume, you could address small mirrors, glass and other shells in this costume.

While coming to accessories, women would wear jhumkas, churas, kanganas and other conventional jewels. As I said, the festival will be active for nine days, each day, men and women wear unique color for performing this Garbas. The colors include rd, green, yellow, pink and more. But do you think costume and makeup are enough for performing this dance? I do not think so. Rather, this dance demands songs that are specially created for performing Garbas. There are various Garbas songs are addressable but among that, you should consider the topmost songs.

– All gujarati Video Songs are free to play.
– All Songs are classified into respective categories.
– Daily updated new gujarati songs online.
– Watch latest gujarati video songs everywhere.
– Save your favorite gujarati songs in one tap.
– easy to share with friends and family members.
– Easily add your video song into the watch later list.
– It Automatically maintains your Recently Played songs.